Full speed ahead on digitization in Europe

The European Commission has picked up speed on the digital development front, by investing billions in several digitization projects, which are aimed to strengthen the digital single market of the EU.

countries have taken the necessary steps and implemented a solution which makes it safe to exchange digital post between public authorities, citizens and companies.

Insight in the European agenda, when it comes to digitization

Towards 2020 the European Union has reinvested more than one billion euros in a number of digitization projects, which are aimed to make it easier for both companies and public authorities to work across borders. From 2020 and over the following four years, the amount of money invested will be doubled to 2,6 billion euros. The goal is to strengthen the digital cohesion across European borders.

- Today it’s mostly national solutions that dominates the digital services in the European countries. The EU has come to a conclusion, that the shortage of common European standards creates a barrier for commerce and for public authorities’ collaboration across borders, says Christian Vindinge Rasmussen, eGovernment expert, and Director Public Sector Cluster at Batelco (e-Boks Partner).
The message from the European commission creates new possibilities for both e-Boks and other digital service providers.

The European Commission has launched a new set of digital tools and exchange standards under the headline “Connecting Europe Facility” (CEF). The CEF-standard has been integrated into e-Boks, which means that documents sent through e-Boks can be exchanged with all systems using CEF eDelivery across European borders. Digital development makes it easier to be both an EU-citizen and a company.

- From a corporate perspective it’s crucial to understand, that if you operate outside of national borders, then you now have the possibility to connect with CEF eDelivery via e-Boks. Thereby, your company will be able to exchange data across borders and digital barriers. This creates new possibilities for commerce and for public authorities’ collaboration across borders, says Christian Vindinge Rasmussen.

The ultimate step in strengthening the EU’s inner digital market is to create common safety standards for digital post. It’s a subject which many countries are focusing on now. But they haven’t reached the finish line yet, concludes Christian Vindinge Rasmussen:

- Today, only 6 out of 27 countries have taken the necessary steps and implemented a solution which makes it safe to exchange digital post between public authorities, citizens and companies. Therefore, there is a large amount of countries, who in the following years, will have to find out how they wish to handle their digital communication.

The newly gained interest in implementing new digital postal solutions has given e-Boks the courage to focus internationally, and it is safe to say that the next generation of the e-Boks platform will implement the new European standard, CEF eDelivery, as the key component to connect all EU-countries’ postal solutions.

- As a matter of fact, e-Boks is one of the only service providers with a digital post platform, which operates across national borders and which has a capacity big enough to validate both the sender and receiver. It makes us an attractive partner, which is an exceptional thing to be both in the EU and in the rest of the world. At the moment, we have ongoing dialogues with 12-14 countries, and we experience interest and innovative use of our system, beyond our imagination.

“ Your company will be able to exchange data across borders and digital barriers.”

Have a talk with our experts on CEF eDelivery

What is CEF (Connecting Europe Facility)? 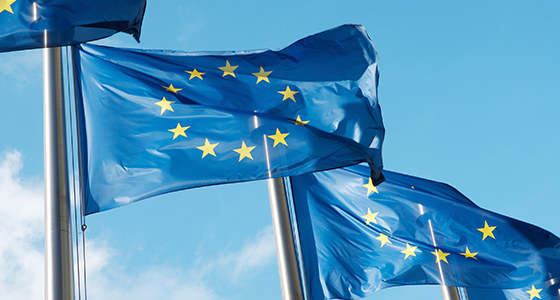 Utilising the €7.5m Digital Europe Programme for Your Country