What are the benefits of fully digitising the postal industry?

Digital disruption: It has built new business empires and destroyed old industries. With emerging technologies and business models, even the biggest, most established enterprises are trying their best to modernise to keep up with the times. Take the postal industry for example. To survive, it has to adapt. And to adapt, it needs to embrace digital transformation. 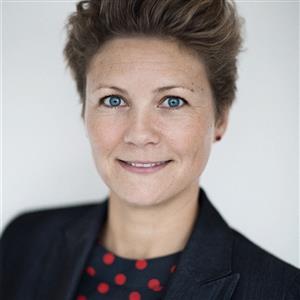 Isn’t dead, but it’s important to see it in the context of the 21st century.

Why should the postal service industry modernise?

Right now, postal services that haven’t modernised are losing profit. Let’s look at the US Postal Service. An organisation older than the country it serves, USPS is $160 billion in debt. That is double the size of its revenue. It’s not just about the price of stamps. According to a report by Forbes in 2019, the USPS loses nearly $3 billion a year. The logistical maintenance as well as politics and mounting competition, has not exactly helped drive revenue towards the US postal service industry.

Sending messages by post isn’t even the more cost-effective option either. Based on a report by Radio New Zealand, the cost of sending a domestic letter has risen to $1.20 in 2018, while the cost of large mail rose by 40 cents and oversized packages by 60 cents. The increases were implemented to counter New Zealand Post’s plummeting revenue.

Save on labor costs

Think about how many people are required to handle a single letter. From the stamp vendor to the postman, there are simply too many steps. The process has become even more outdated with the ongoing pandemic forcing people indoors and limiting physical contact.

By modernising and using digital solutions, the required labor would be cut down.

Does not wastes resources

Paper, gas, time: These are all valuable commodities that are being misused in the traditional postal process. We’re all familiar with the climate situation and the cutting down of trees to make paper, as well as the use of gasoline, play a huge role in that. As for time, well, it can be spent elsewhere—perhaps in helping the industry progress.

Responds to the needs of ‘flexible addresses’

The rise of remote working, coworking spaces, and the newest trend of ‘workations’ (work vacations) renders permanent addresses rather outdated and pointless. Even if a regular post retained its former glory, it would be counterproductive to keep letters and other forms of traditional correspondence waiting in a post box for weeks.

There are many ways to digitise and modernise

You wouldn’t take a carriage if a car was available. Snail mail still has some use and has shown effectiveness in direct marketing. In France, it’s still largely how retirees and less fortunate obtain their pension and benefits. When the pandemic raged and lockdowns were declared, private couriers continued operations while many national postal services in European countries cut back. Those that didn’t, such as the Royal Mail, however, were faced with backlash for endangering staff.

On a practical note, why would you send out a letter that could take a couple days when you can do it electronically in real time? Post isn’t dead, but it’s important to see it in the context of the 21st century. This option to digitise starts with looking for platforms and a partner that can help you accelerate the modernisation process.

Do you want to start the modernisation process?

How has the postal industry tried to keep up with the times?

The postal industry hasn’t been stagnant. Despite its snail’s pace—no pun intended—it has made attempts to modernise. One solution is to use data and analytics as well as automation to help sort through the millions of letters and parcels received via post.

Here are some examples of the postal system trying to jump into the times.

In 2002, Australia Post and print software provider PrintSoft joined together to launch the Post eLetter service that allowed clients to use their personal computers to create letters, invoices, statements, and postcards, which can then be submitted electronically to the Australia Post service bureau, where they are automatically sorted and marked with bar codes. After, the actual message is then printed and processed in the post office nearest the delivery location. Three years later, Australia acquired the global operations of PrintSoft.

Developed in 2010, the E-Postbrief provided German residents with their own nationally sanctioned address featuring their real names and ending with @epost.de.

Priced as much as traditional post, communication via this email-esque platform was secure. To obtain an address, one needed to submit identification documents. With the lack of anonymity, it barred spam and prevented identity theft. Another hybrid mail system, users also had the option of having their messages sent purely electronically or having them printed out then delivered physically.

In 2012, in the face of mounting competition, Deutsche Post removed personal encryption and digital signature capabilities to make it easier to use.

It would appear that merging manual and digital processes was a quick solution to the declining postal industry. Sweden partnered with Posten AB to print out emailed letters and send them to recipients physically.

As previously mentioned, rural areas continue to depend on traditional post for information and communication. However, this Finnish innovation tried to come up with a digital solution. The experiment involved 124 households and 17 companies in Antilla, a small village near Porvoo, Finland. Post was confined to two days per week; on the other three days, delivery was placed in assigned lockers in the village center. A text message was sent informing recipients of any letters or parcels in their lockers, letting them decide whether they ought to retrieve them. Unretrieved packages would still be sent to the actual address on the two post days. First- and second-class mail will also be scanned and delivered electronically to the customer’s NetPosti digital account, before being delivered as usual.

Netposti is yet another Finnish move towards modernisation. The free service gave customers their own secure digital postbox that accepted what would otherwise be traditional post electronically. It streamlined the posting process and kept it secure since communication did not go through the public internet. Moreover, users could only accept mail from approved senders. Netposti also offered complimentary archiving for up to seven years.

Despite its lack of capital for innovation, the USPS continues to soldier on. In 2014, it tested augmented reality tech to convert standard print ads to interactive experiences. It also introduced a cloud-based clearing service that streamlined the red tape by validating the credentials of people who want access to government benefits.

In November 2013, Denmark required businesses to receive digital letters in secure digital postboxes as part of the government’s campaign to replace physical mail. Digital Post is the national electronic mailbox “for messages and communications implemented by the Danish public authorities.” With strong encryption and the requirement of a NemID (civil registration number), the country’s Digital Post promises to be secure. One of the ways users can access it is via digital postbox supplier e-Boks.

So determined is Denmark’s conviction to transition away from a physical post that the Digital Strategy of 2016-2020 mandated that public authorities are to send digital-only messages rather than paper-based ones. According to this legislation, “Citizens are required to use digital self-service for a wide range of services, and to digitally receive letters and notices from public authorities.”

As people demand more and more in terms of connectivity, the post should continue to tailor itself to the needs of its customers. The time to go digital was yesterday, but it’s not too late yet. Change the way you communicate surely, securely, and just the way you like it.

How can e-Boks help modernise the postal industry?

As a digital solutions provider, we at e-Boks have erased borders and pulled the future right to the present by offering a secure and safe way for people to communicate effectively. No stolen mail, no mail theft, no hacking—just efficient conversation.

As the Danish government encouraged digitisation across the country two decades ago, one of the first steps they mandated was to send the payslips of government employees via our platform at e-Boks. Eventually, our role was expanded to manage the government’s document box system, which replaced paper letters from the public sector to the Danish citizens. Many other companies, such as Danske Bank and the ISS (International Service System) payroll department, have also opted to use e-Boks to handle their private, internal postbox and document management system.

Since e-Boks’ digital postboxes require Danish citizens to use their NemID—a national log-in solution for internet banks and government websites—to register, issues such as identity theft have already been solved. Easily accessible via mobile, it also addresses the geographic limitations of regular mail. Our products are also fully customisable, right down to the kind of mail users want to receive.

Seeing Denmark’s digital transformation, Ireland followed in suit, hiring e-Boks in 2019 as the digital bridge between public authorities and private citizens. Using current technology and government regulation (such as eDelivery and eIDAS), we were able to come up with an efficient digital infrastructure for Irish residents, businesses, and officials to communicate. We also came up with a customised hybrid cloud solution, where the cloud is used, but messages are kept on-site by the Irish government.

We are also responsible for providing public and private digital posts in Norway, Greenland, and Sweden.

From secure mail to digital signatures to hybrid solutions to environmental conservation, e-Boks and its continued growth are leading the way to a new kind of postal system—one that’s befitting of the 21st century and beyond.

Digital transformation in the postal and express industry 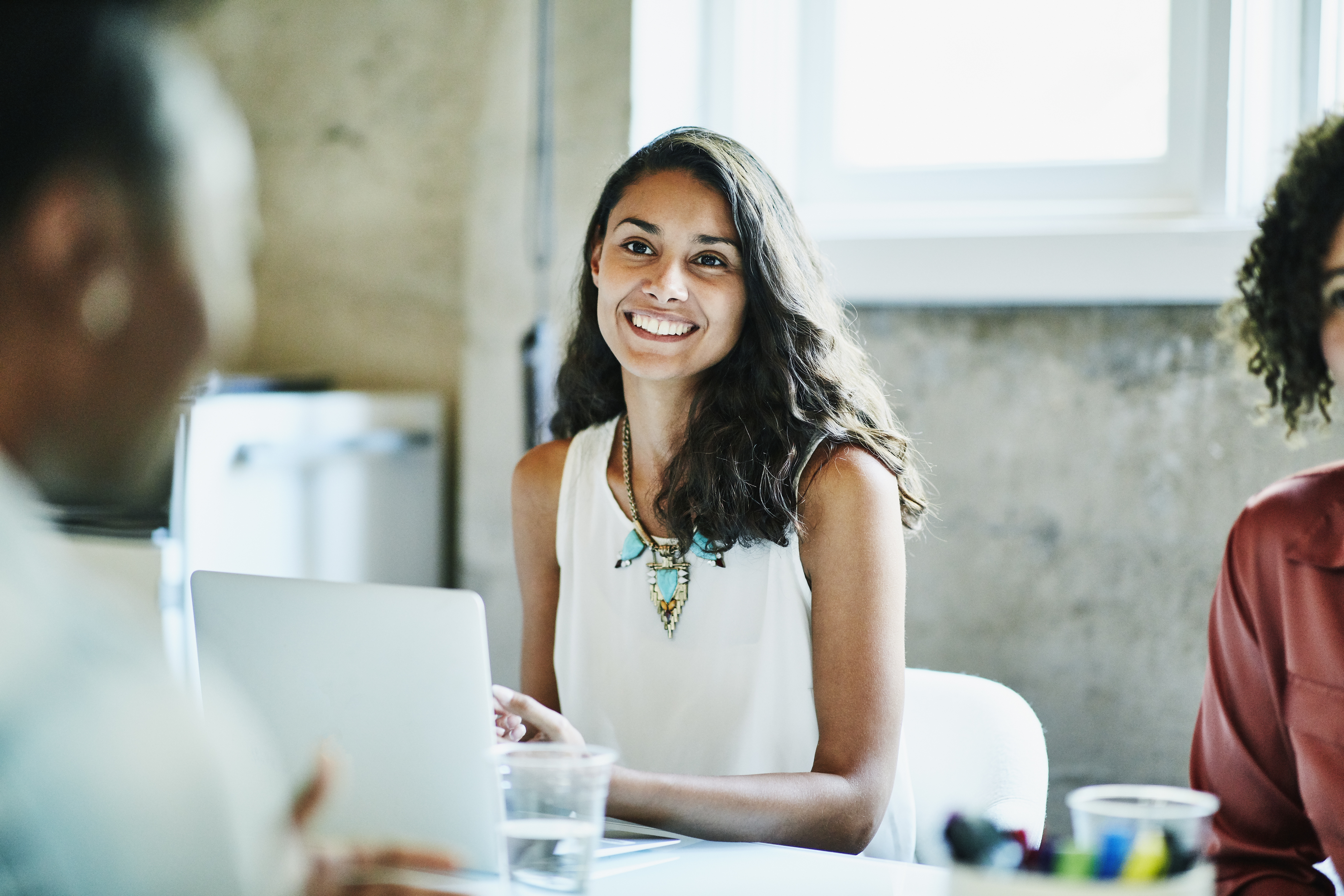 Is your post office prepared to serve Millennials and Gen Z?